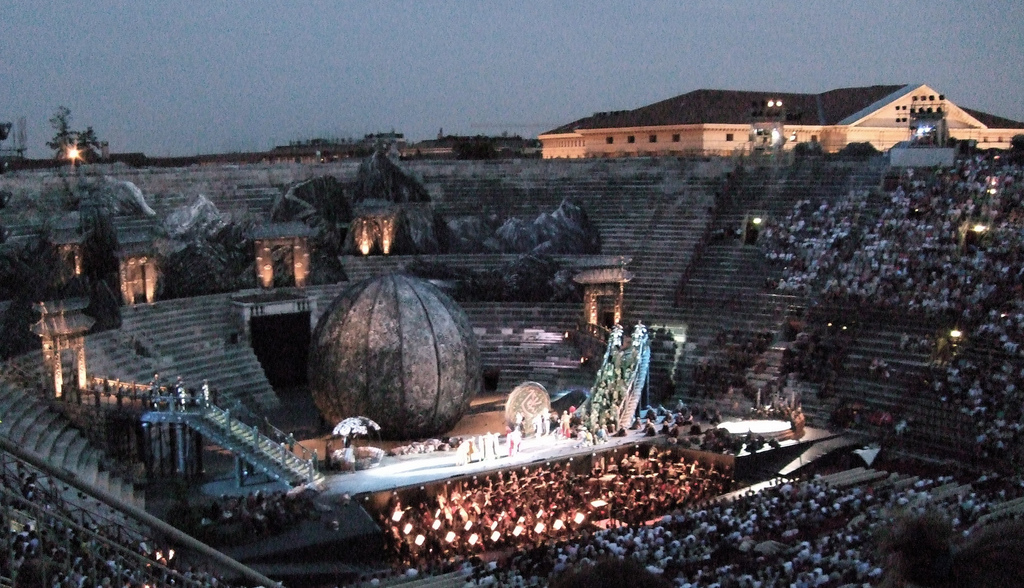 When the great composer first arrived here, at the end of the 19th century, he was searching for a picturesque and quiet place where his creative genius could spring out. Puccini immediately liked the Lake and the small village, whose houses were mirrored in the blue-grey waters of lake Massacciuccoli, less than two kilometres away from the sandy beaches of Versilia and where the inhabitants welcomed him enthusiastically.

The Puccini Festival in Torre del Lago is the only Festival in the world fully dedicated to the composer Giacomo Puccini. It takes place every summer during the months of July and August, in the very places that inspired Maestro Puccini’s immortal melodies. The Festival saw its first light in 1930 and over the years has become an increasingly prestigious event which each year attracts tens of thousands of spectators from all over the world.

At the Puccini Festival, you can appreciate the great stars of opera, under the direction of some of the most important conductors, and admire the extraordinary stagings executed by famous directors of Puccini’s operas such as Madama Butterfly, Turandot, La Bohème, Tosca, Manon Lescaut.

The Great Open Air Theatre with 3,400 seats, dedicated to Maestro Puccini, opens onto the picturesque Massaciuccoli Lake and is surrounded by a park of extraordinary charm that houses works of art by great contemporary sculptors such as Pietro Cascella, Jean-Michel Folon and Kan Yasuda, to name some. Just a few steps away is the house where the Maestero lived and composed most of his Masterpeaces.

Today, in the Villa-Mausoleum are preserved his remains and you can admire the glorious relics that in life surrounded and accompanied the artistic career of this great artist.