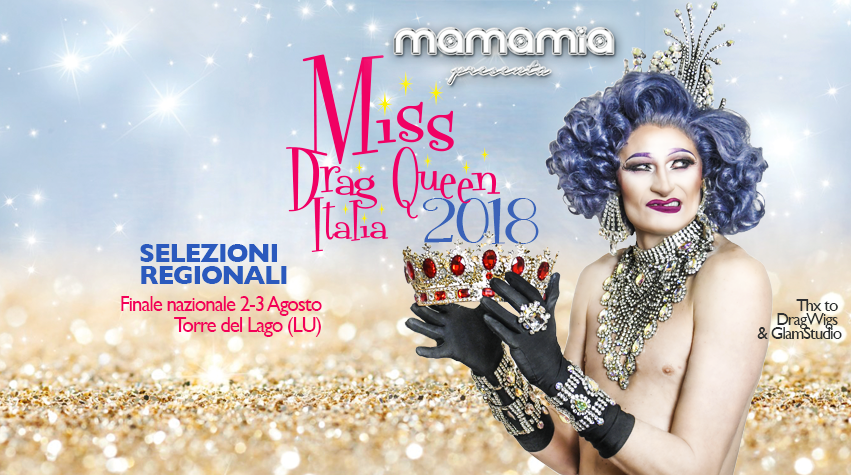 Miss Drag Queen Italia is a contest dedicated to Italian drag queens that every year, starting from 2003, takes place in Torre del Lago Puccini in the second part of July, inside the Torre Pride Village events Organized by the local Mamamia (which is also at the center of the election of the most beautiful gay in Italy and LesWeek), sees drag queen from all over the peninsula, who perform in front of the two juries, the popular one and that of experts. Each region, in the months preceding the final, elects its own miss that participates by right to the race for the national title; the second classified in each region, however, participate in the semi-final which gives the right to a further finalist. Moreover, since 2008, another participant has been registered as the winner of the Miss Drag Queen Winter Queen competition, organized by the drag queen La Wanda Gastrica. Among the numerous drag queens who participated in the competition there is the Ape Regina (Aldo Piazza), which later became famous with its imitations of Mara Maionchi thanks to the television program Chiambretti Night and Simona Sventura became famous thanks to the television program Selfie conducted by Simona Ventura. Among the godmothers there was La Cesira (Eraldo Moretto), who in 2010 participated in some episodes of the Velone program as a comic shoulder.

Copyright © 2019. Versiliagay by Torre del Lago
We use cookies to ensure that we give you the best experience on our website. If you continue to use this site we will assume that you are happy with it.Ok